7 great cities in Spain you must visit 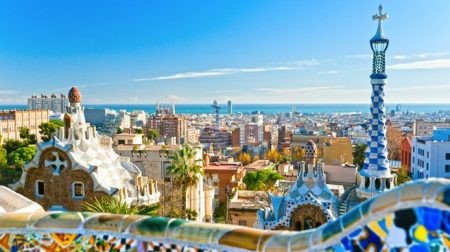 Spain is known as a country with great and beautiful beaches, excellent weather and their tapas food. In this article, we would like to tell you a bit more about our top 10 cities in Spain.

Esteban Tejedor, the founder of Hola People, was born and grew up in Madrid, Spain.

Also, Hola People partners with a variety of Spanish schools all around Spain, and other companies and organisations dedicated especially to the education sector.

Famous for the beautiful beach, excellent food, iconic architecture and their nightlife. Barcelona is the capital and largest city in Spain’s Catalonia region.

When you are in Barcelona, don’t forget to visit Gaudi’s famous La Sagrada Familia Basilica. It is the most popular tourist attraction in Barcelona and probably in whole Spain.

The capital city of the province of Córdoba, which is based in the southern Spanish region of Andalusia. In the past, it was an important Roman city and a major Islamic centre in the Middle Ages.

Visit the Mezquita Cathedral, Alcázar de Los Reyes Cristianos, the Roman bridge Puente Romano and lots of great restaurants, bars, and shops. People who want to spend their night in Cordoba are lucky as well. There are some really nice places to spend the night.

The capital city of the province Granada. Granada is the fourth city of Andalusia and the seventeenth city of Spain.

Visit La Alhambra, which is a great palaces complex from the time of the Moors, the Cathedral, the oldest district El Albaicín, the mountains the Sierra Nevada and some stunning restaurants, bars and shops. Walk around through this beautiful and historical city.

One of the Balearic islands in the Mediterranean Sea. Ibiza is one of the most popular islands in Europe.

Visit the stunning beaches, bars, restaurants and the nightlife in Ibiza Town and Sant Antoni. Ibiza is not only for people who want to enjoy their holiday on a busy beach and spend their nights in a club. It’s also a home to quiet villages and beautiful quiet beaches. Also, you will find quieter sandy coves backed by pine-clad hills found all around the coast.

When you visit Ibiza, you must see Dalt Vila. Walk around the historical walls from the 16th century. The Cathedral Santa Maria d’ Eivissa is on the top of Dalt Vila. It was built in the 14th century.

Visit the Royal Palace, museums, Real Madrid stadium, Retiro Park, Plaza Mayor, Puerta de Alcalá and a lot of great bars, restaurants, and shops. There are a lot of historical buildings and stories in Madrid. There are plenty of places to enjoy your nightlife and day life. As you can see, there is something for everyone.

If you are staying in Madrid, you must visit Templo de Debod. The Egyptian temple was a gift for Spain. They helped Egypt to save important archaeological treasures during a huge flood.

It is the most important city in the south of Spain in the field of culture, politics, economics, and art.

Make sure that you will visit a place called Santa Cruz. There are many of sights based in this area. Walk around in the romantic and small streets, have a drink in one of the sweet restaurants.

The capital city of the Autonomous Region of Castile-La Mancha in Spain. River El Tajo flows in a bend along the city.

Visit the Cathedral, Sinagoga de Santa María Blanca, which is one of the most beautiful monuments of the Jewish quarter in Toledo, the Alcázar, bars, restaurants, museums, shops and more…

Esteban is a member of Liverpool Business Forum.

Back in 2015, Esteban moved first to Leeds, and together with his sister Elena, was looking for business opportunities in the UK, and got the chance to take part in an entrepreneurial programme organised by the Liverpool Chamber of Commerce, called Spark Up. In March 2016, supported by this programme, Hola People was born.